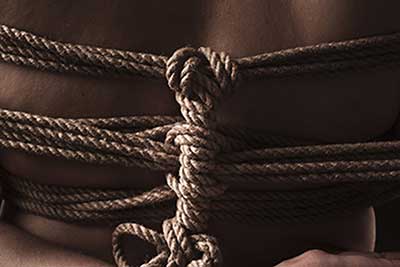 Bondage is essentially the art of subjugation. However, a distinction must be made between basic bondage games as opposed to the traditional form of bondage. If one takes the first variation into account, then all types of bondage games are considered bondage. Bondage is thus a matter of depriving the passive partner of his/her freedom of movement or even securing him/her to a certain position or at a certain place. Above all, the sensation of power and powerlessness plays an enormous role in bondage. Additionally, there are many variations and opportunities to make bondage games even more extensive by the use of appropriate accessories and corresponding pieces of furniture. In BDSM bondage, furniture most frequently used includes the pillory, penalty box, as well as the St. Andrew's cross. Every piece of furniture offers various options for the partner to tie - and subsequently anchor - their partner to these fixtures.

The classical variation of bondage is more of an erotically-charged art. Ropes, as a rule - or more rarely, strips of cloth - are used to tie up the passive partner in the most artful way as possible. The objective here is to immobilize the partner or secure him/her to a certain place or in a certain position. In terms of classical bondage, however, the journey, the actual process, is the goal. The shackles, ropes, and intricate knots are used in such a way that both the shackled individual's body and the technique used are staged to perfection. For example, photographs of Asian bondage are often scarcely distinguishable from art books and are often portrayed in this context. 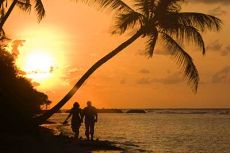 Russian eroticism
↩ Back
Share this wiki article with your friends: